Lois Lane just can't be trusted with a camera. 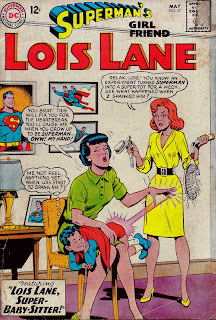 I know, it seems like I would be doing the cover story to this issue of Superman's Girl Friend Lois Lane. Lois spanking a baby Superman whose thought bubble reads like Bizzaro? But no. I'm doing another camera story!

I'll just say here, because I do go on, that I love photography. I even prefer the whole antiquated process of rolling your own film, darkrooms and those pungent chemicals that can cause sterility. *sigh* With digital, photography lost its charm.

With that said, Lois Lane should never touch a camera. In her hands they NEVER seem to perform in the way they were intended. First, Gay for Lois Lane featured a story where her camera produced images of Superman no matter who she photographed (here) - normally I would just write that off as a user error - and now we have her with a camera that helps capture bad guys. Perhaps if the camera was a little more cuddly Lois would dump Superman for it! 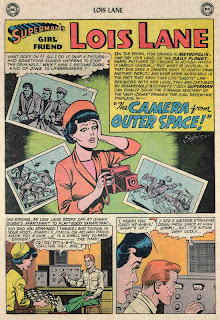 I never really saw Lois as the bring an invalid dinner  type. Perhaps it's the deafening tick of her biological clock causing her to act in such a maternal way. 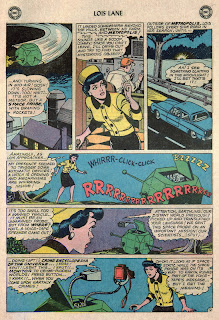 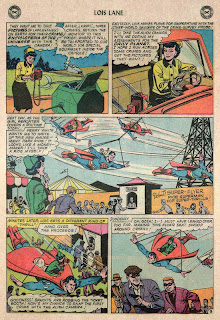 Am I the only one that finds this carnival ride kind of distrubing? I also think if there was a ticket booth to ride Superman, Lois would have been first in line. 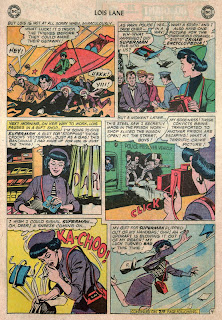 I don't know exactly what the gift of a bandanna says about a relationship but I'm willing to bet it doesn't say anything good. 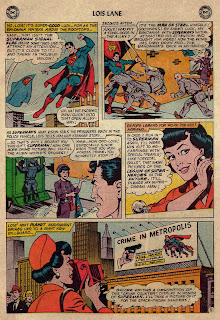 "... so that's why I bought you this gift." What? Why? Why did you buy that gift? Why didn't they included the part of the conversation I wanted to hear?!

On a side note, who paid for that billboard? Superman's ego or the worse police department ever? 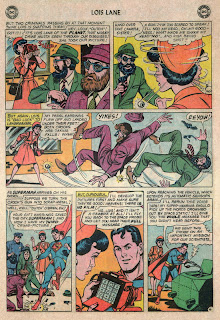 "Oh, my goodness! What made me shake my head "no"... and risk being shot?" I'm going to guess bipolar disorder. 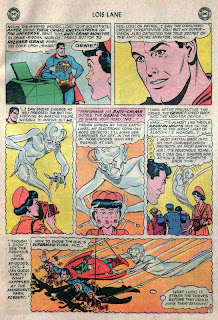 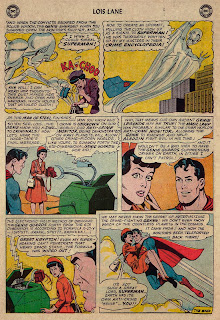 Wow! As always that was quite a ride! And Superman claims to convinently understand everthing. Oh, except how to get the genie camera back. Guess Superman will not have to share all the glory. Am I the only one not surprised?

Perhaps someone just needs to buy Lois a nice reliable Nikon.
Posted by Spectergirl at 9:27 AM 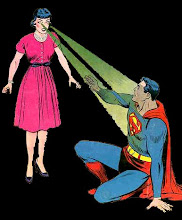 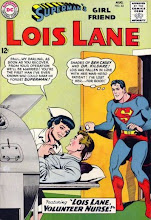 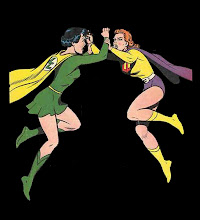 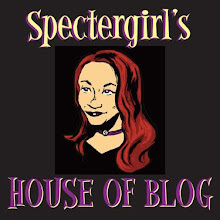